The motto of the Abbey’s 2012 school immersion trip.

Irish schools have been involved with Providence since the beginning. In 1999 the Edmund Rice Foundation in Ireland began their immersion programme. Teachers from all over Ireland went to places such as India and Zambia to assess the role they could have in the local communities. Two Irish teachers, Marie McCabe from St. Joseph’s CBS in Drogheda and Richard Walsh from The Abbey CBS in Tipperary travelled to North East India. While there, they met Br. Steve d’Souza, a Christian Brother and a teacher in the local CBS secondary school. He was teaching some poor children in a corridor after his normal school day. These students couldn’t afford the fees to attend his school, nor the uniforms and books needed for public primary schools. In his after-school project, Marie and Richard saw a potential school connection.

Richard and Marie returned the following year with a group of students from both of their schools. While on this second trip in 2000, Marie told Br. Steve that she would fund a full-time teacher if he found someone who would work full time with the poor children. He called the school Providence and it went from being an after-school project to a primary school, largely from the support given by the Drogheda and Tipperary schools. From 2002 to 2012, the two schools took turns to travel to Shillong to spend two weeks working and learning with the Providence students. Many of the boys from the 2000 trip returned to help on subsequent immersion programmes. The trips gave students the opportunity to learn from each other and about each others’ culture. In the mornings, the Irish student were taught the practical subjects by their Indian counterparts. They learned about mechanics, electronics, cooking, confectionery, knitting, candle making to name but a few. In the afternoons the roles were reversed and the Irish students ran English conversation classes for small groups of Providence students. The evenings were often spent walking around Shillong, visiting the homes and meeting the families. There was also time to reflect on the day’s work and plan the next day’s lesson! 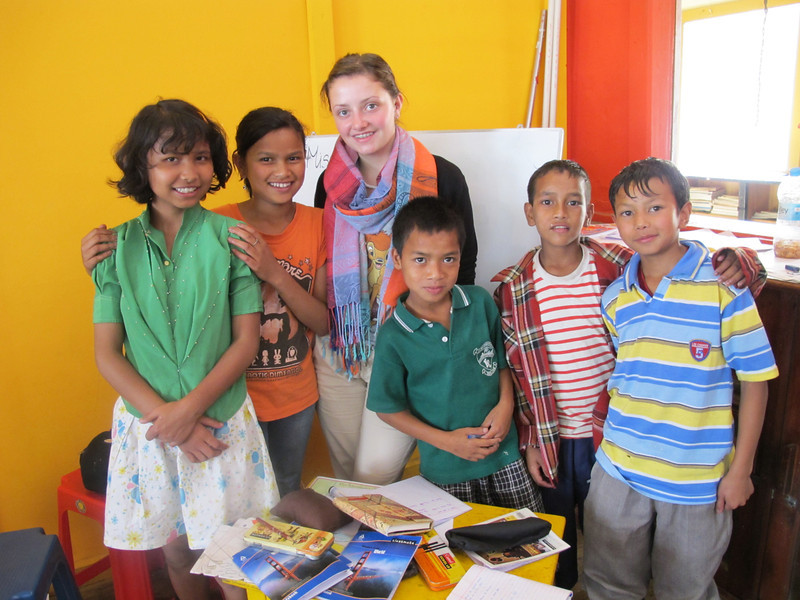 Bríd and her English class. June 2012

A DVD of one of the first immersion trips was called ‘Ripples in the Pond’. The idea was that students would be brought to India, and immersed in the local culture. They would get to know students their own age who live very different lives to them. It is said that the true purpose of immersion is:

‘Not to change Africa, but to let Africa change you’ 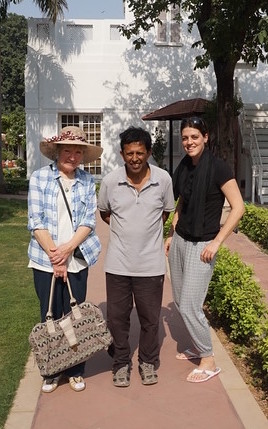 The same can definitely be said of India! One of the students on the first trip, Mark Cassidy, went on to college in Maynooth and joined a group called Maynooth Mission Outreach (MMO). There he got the chance to go back to India to spend a summer volunteering and the following year he brought a group of volunteers to Shillong in 2005. Those volunteers, Ciara, Claire, Jody and Sharon are still involved with Providence (and run this website!). Claire took over MMO from Mark and led MMO trips to Shillong in 2006 and 2008, and others trips since with secondary school students. She now works with Marie on the St. Joseph’s CBS immersion programme. Ciara, Jody and Sharon have all returned to Shillong numerous times and have been involved in education projects there, such as securing new books for the school library and running the school certification programme.

We all believe in the importance of immersion. Fundraising is important, it’s what keeps the school open, but getting to know the students of Providence and being exposed to the realities of life for our students is just as important. Students who have been on immersion programmes return home with a deeper understanding of the social and economic issues faced by people in India and around the world. It can have a lasting effect on people, in fact, it usually does.

The original teachers involved, Marie and Richard have both retired. The Abbey last travelled to Shillong in 2012 and St. Joseph’s last immersion programme was in 2011. Work is underway to re-start the Drogheda connection and a group of students and teachers will travel to India in October 2018. We (Ciara, Claire, Jody and Sharon) would love to help a new school get involved with this amazing project. We’ve seen students go from Kindergarten to Class 12, and are currently fundraising to send those KG students from 2005 to college!  If you’d like more information be sure to contact us.

You can read a day-by-day account of The Abbey CBS’s 2012 immersion trip to Shillong here.