This summer the school running team decided to take on a few new challenges. There were two events this summer; a 5km around the Polo sports grounds and a marathon up in the hills on the way to Cherrapunjji. Cherra (locally named Sohra) is best known for being the wettest place on earth. It’s also 5,000 feet above sea level. There are three race options – a 10km, 21km and the full 42km. Our team decided the best place to do their first 10k would be up a mountain in the middle of a monsoon. Unfortunately the two events were on on the same day so  we had two separate teams.

The crew to take on the 10k Monsoon Run (there should have been a hint of what was to come in the name…) were Cliff, Pratima, Michael (students) and Claire (teacher). In the weeks leading up to big event the team ran at 4am most mornings. They waited until 5am one morning so Claire could have a lie in. The team trained so hard that Michael ended up injuring his knee a few days before the race and had to pull out.  Thanks to National Louis University in Chicago for giving us some team running gear! 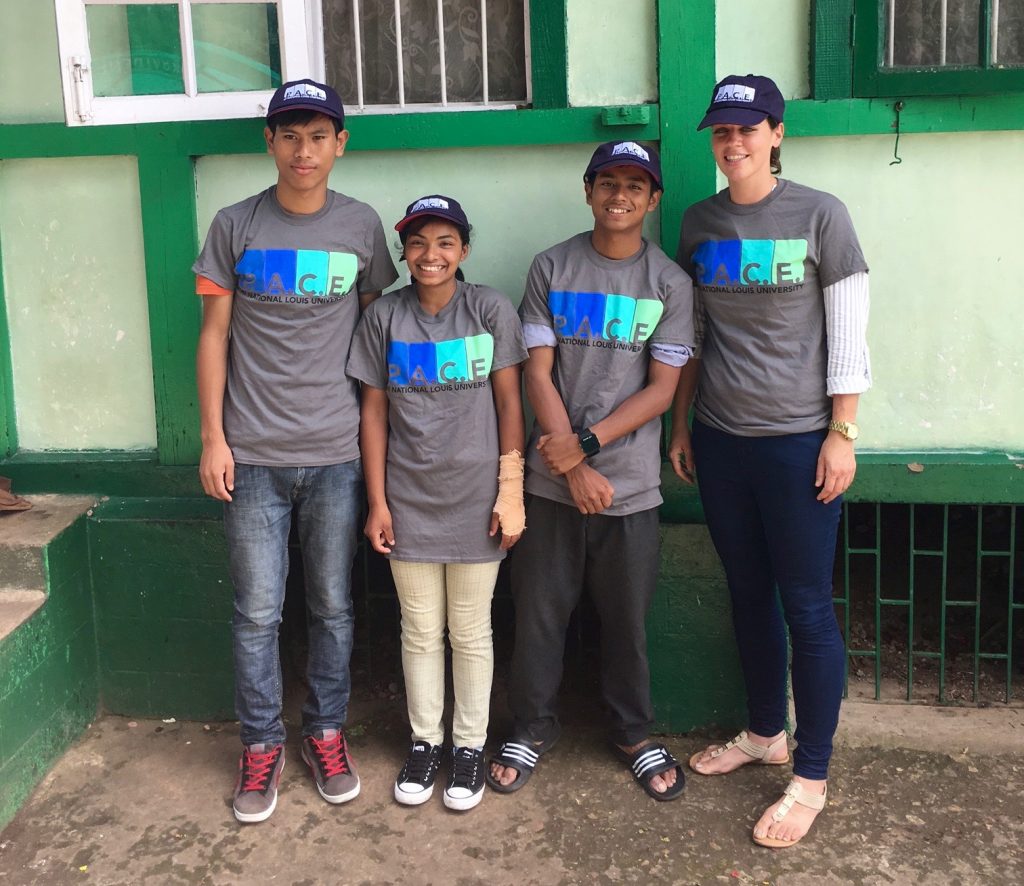 The team, the last time they were dry…

Varina (the school principal) had to get up at 3.30am to wake Claire, collect the supporters (Ted and Iada) and drive to the start line. It was lashing rain, and the free ponchos we were given did very little to keep us dry for the hour we had to wait before the start time. The half-marathon went off first (after a huge false start when people misunderstood “Are you ready?” to mean if you are fire ahead…) and then the 10k-ers were sent on their way. 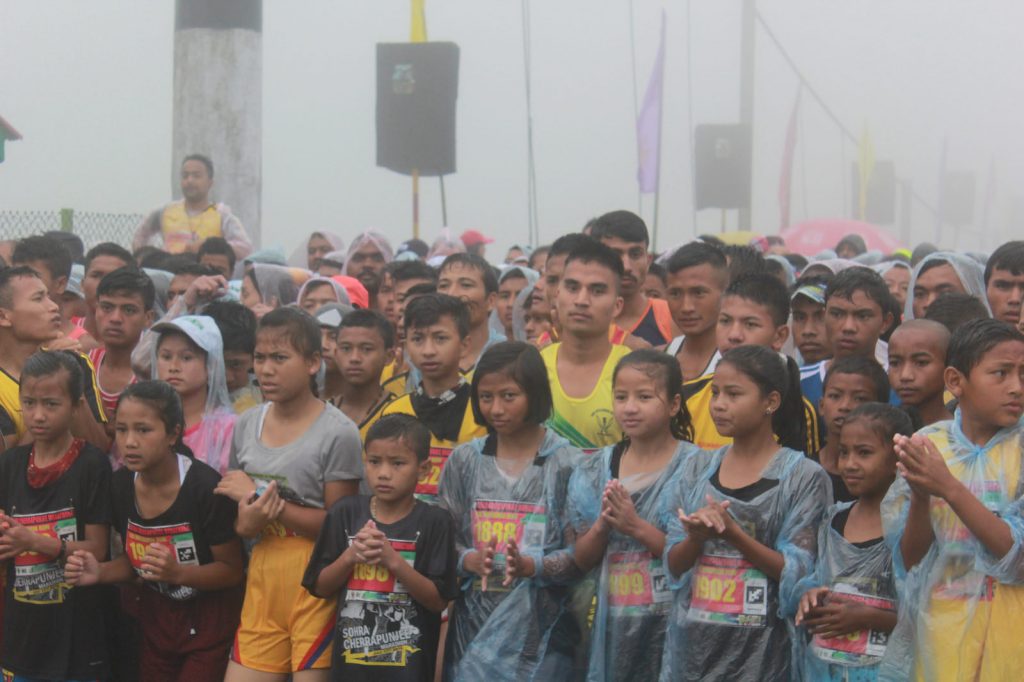 The start line for the 10k

(We really hope the good people at the Sohra Marathon don’t mind us using their photos.)

As part of the entry free (€20 for foreigners for the 10k), we all got free t-shirts and a free poncho. Wearing a poncho on a mountain seemed like a great idea until we took off like gazelles and realised that ponchos fill with air and suddenly you’re running with a parachute attached to you. 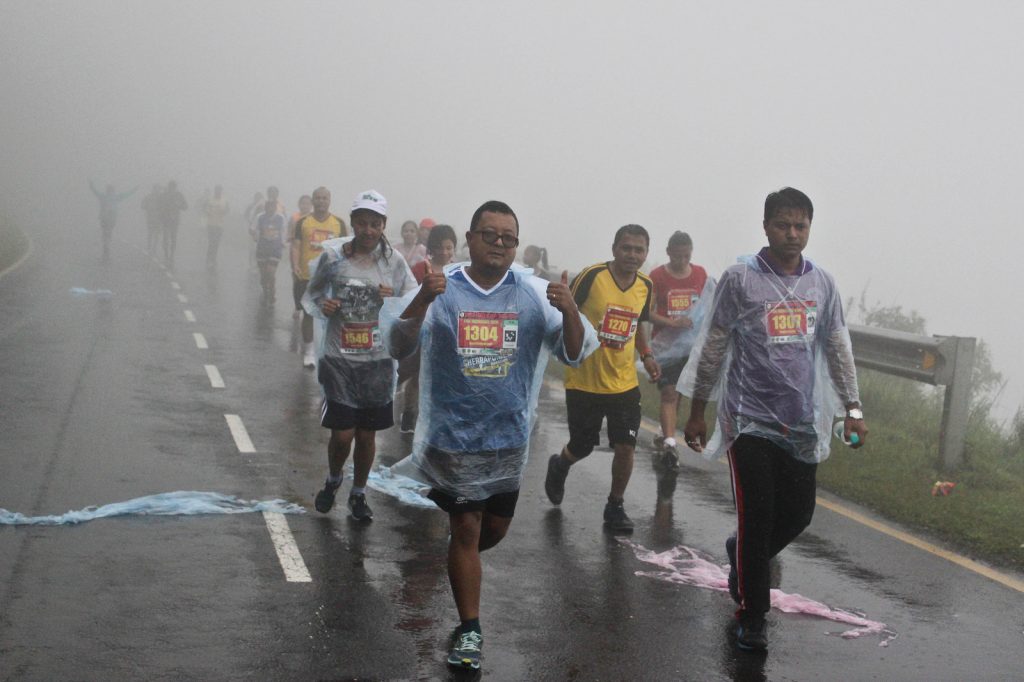 Our fellow runners came up with a solution to this….throw off your poncho while running as fast as you can. This meant the beginning of the race was filled with people temporarily blinded as they whipped their poncho over their heads, and the road was then filled with wet, slippy ponchos. As the half-marathon people left about ten minutes before us we also had their ponchos to contend with! Added to this, Claire’s number came undone so she stopped in the middle of the road to search for her safety pins, causing a nice little pile up. 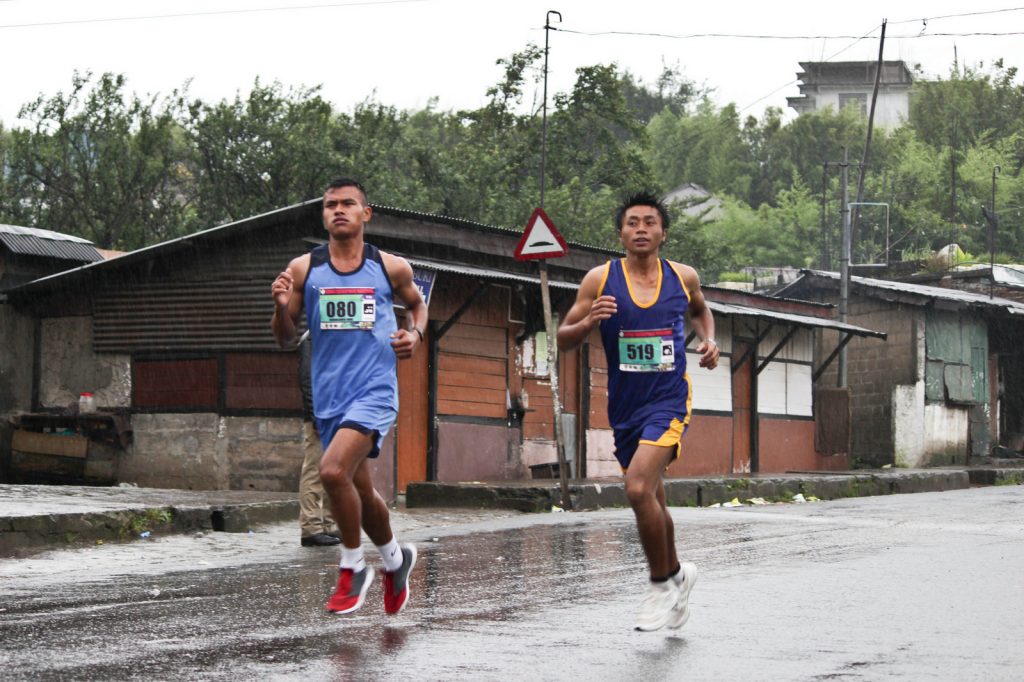 Some people dressed far more appropriately than we did.

The run itself was spectacular. The rain stopped every now and then for a few minutes and we could appreciate the countryside. We ran through a lot of small villages on the way up to Sohra. There were lots of little waterfalls at the side of the road we had passed in the car many times, so it was great to finally be on the road and be able to see them close up. The race was extremely well organised. After every second kilometre there was someone throwing a cup of water at you and they had musicians stationed along the road to entertain us. They even had people who’s only job was to stand and high five the runners (in hindsight, he may have had a real job but he stood there high-fiving everyone). 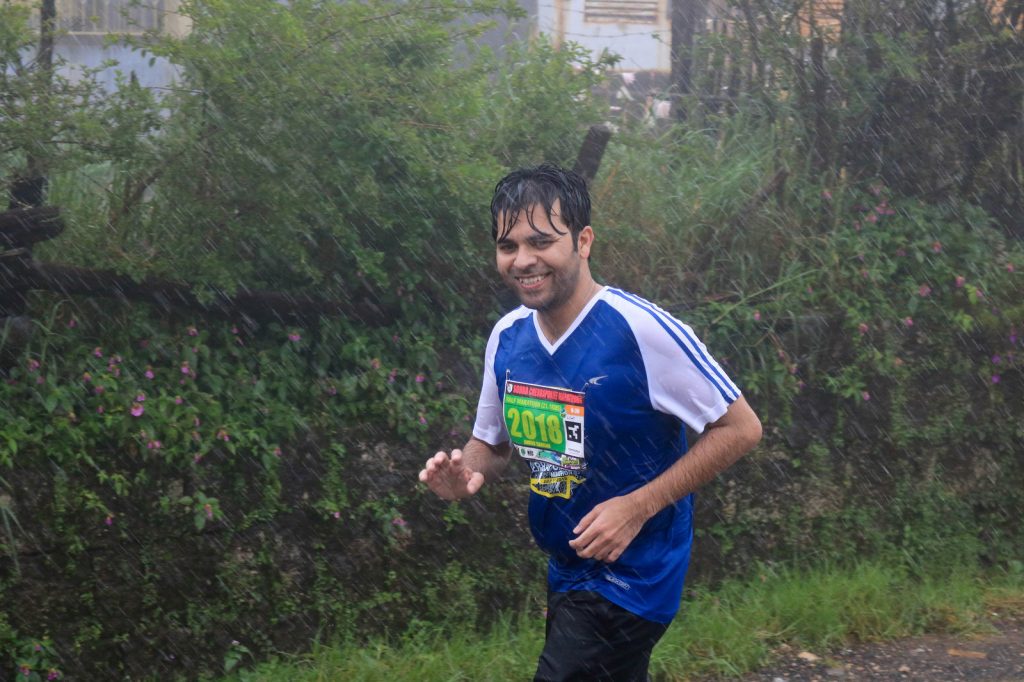 It was seriously wet

At the end of the race we all got our 10k finisher medal. Cliff’s shoes came apart mid-race and the ground cut his feet along the way. But he insisted on finishing. Pratima came 7th overall in the women’s 10k and Claire came 1st in her age-group (we’re currently unsure if there was anyone else in her age group). We learned a valuable lesson about not wearing baggy running clothes in a monsoon, they get wet and very heavy. We didn’t have a camera at the end to take a team photo, but this is what the end of the race looked like: 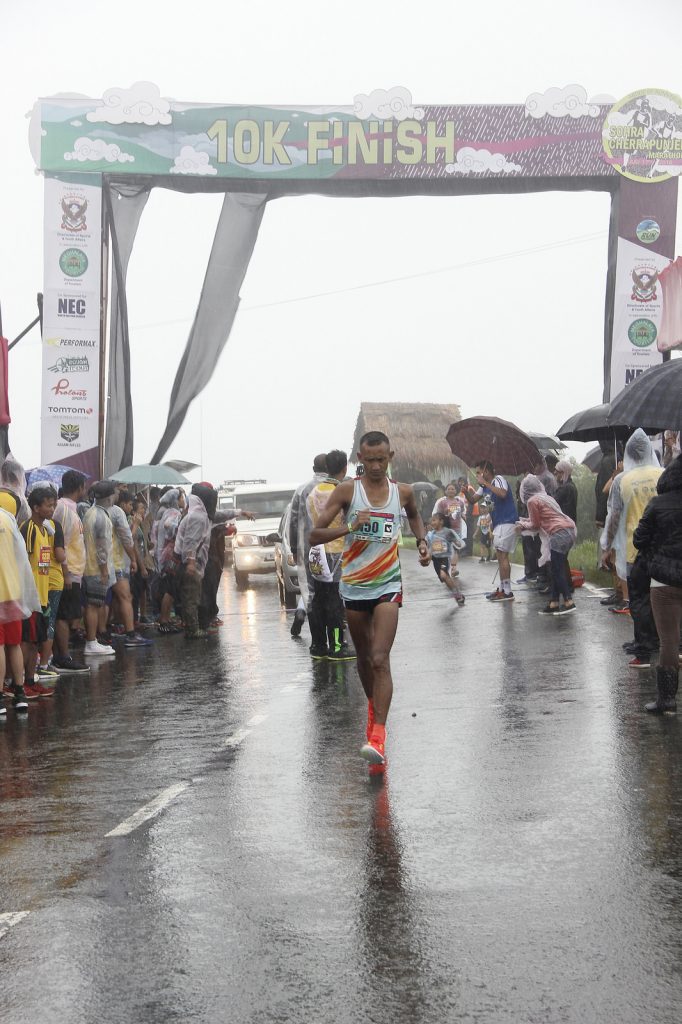 It doesn’t rain every day in Meghalaya during the monsoon. We’re hoping to do this all again next year, this is the view on a good day: 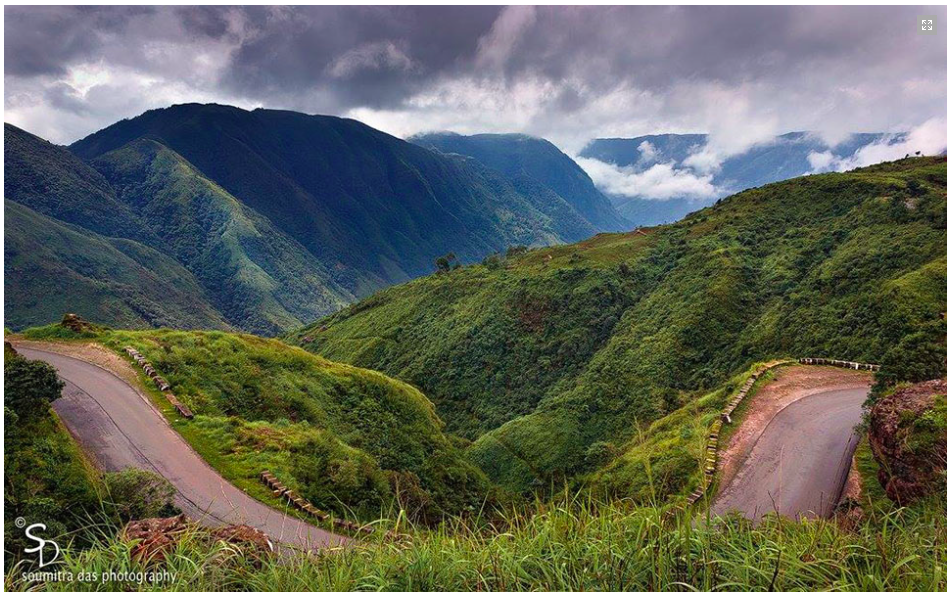 This was the third year of Sohra Marathon, and we’re really hoping they do it all again next year! If they do, we’d love for people to join us and raise funds for the school. If you’re interested get it touch! It’s a great way to see North East India and visit our school at the same time. And you get a medal like this: 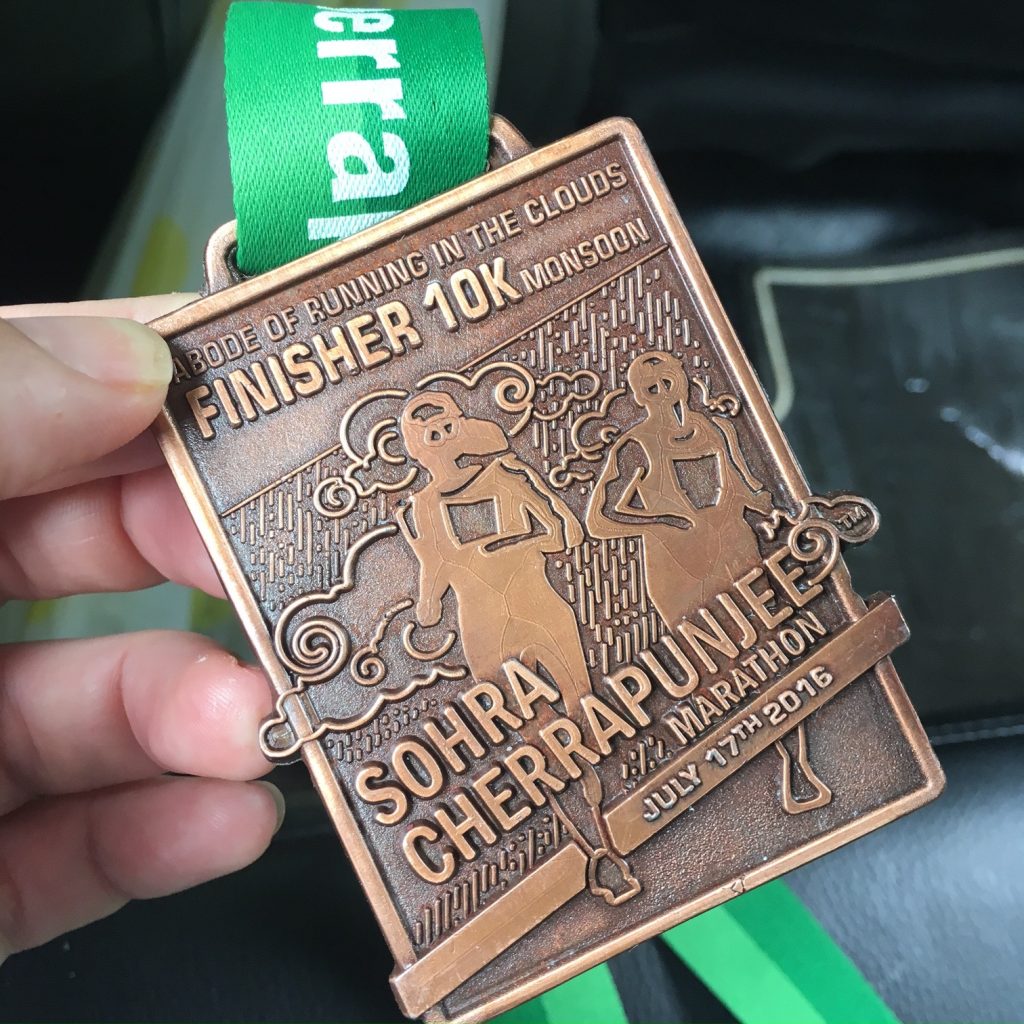 Please use the Contact Us to get in touch! You can also sponsor our school team who will be running. We’re hoping to get them better running shoes for next year. 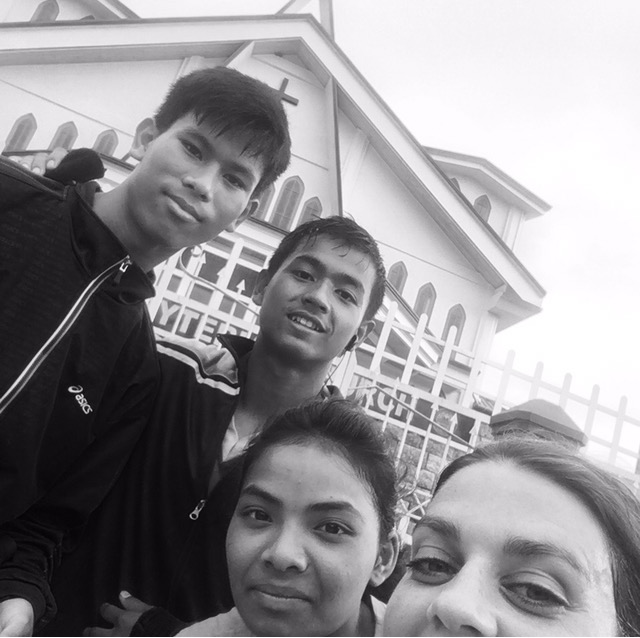 Pratima’s sister decided to do the 5k run near Polo sports ground on the same day. And she won! Unfortunately none of them had a camera on the day. Well done to everyone who took part!

If you’d like to read more about the marathon there are some good blog posts about it here, here and here.