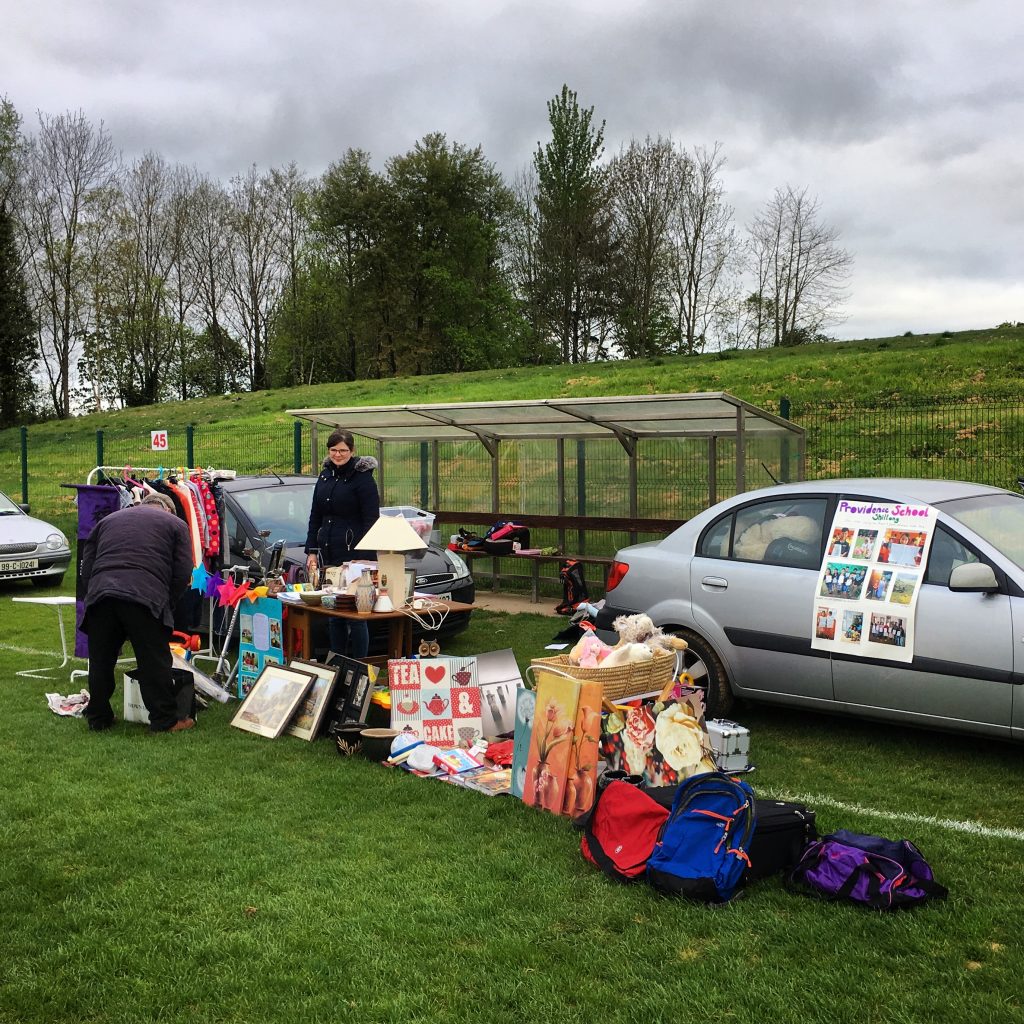 On Easter Monday we packed up two cars and headed to the Blarney Carboot Sale. We’ve heard many say this is the best carboot sale in Cork. Blarney has carboot sales on every bank holiday Monday. Last October’s had been cancelled due to the weather, the previous August’s was a wash out so there was a clear hunger in the Blarney area for a good carboot sale. We’d been once before in 2012 and got a great spot at 4am. The fame of the Blarney Carboot has obviously grown – the best spots were gone by the previous day this time round!

We made €500 for our day’s work! At the moment we’re fundraising for our scholarship programme. Students we’ve known since 2005 are heading to college in October 2017 and we’d love to help them out. They’ve defied the odds by staying in education this long, and many work two jobs and have to convince family members to allow them stay in school. We’re hoping to give 10 students an annual stipend of €350 to pay for tuition fees and books.

We learned a lot from our morning on the GAA pitch so thought we’d share some of our lessons in case anyone else would like to fundraise in this way.

We were lucky to be right in front of a dug out on the GAA pitch. We could nip in there when it rained. Make sure you’re on the main thoroughfare. It was tough setting the alarm for 3.30am but it was worth it to get a good spot near the entrance.

We arrived just after 4am. The food stalls didn’t open til 8am and at that stage we were too busy to go to the shop. By the time I took a break at 11.30 almost everything was gone. The tea stand even ran out of tea! We had pasta, water and an Easter egg packed. We’ll be bringing even more food next time. 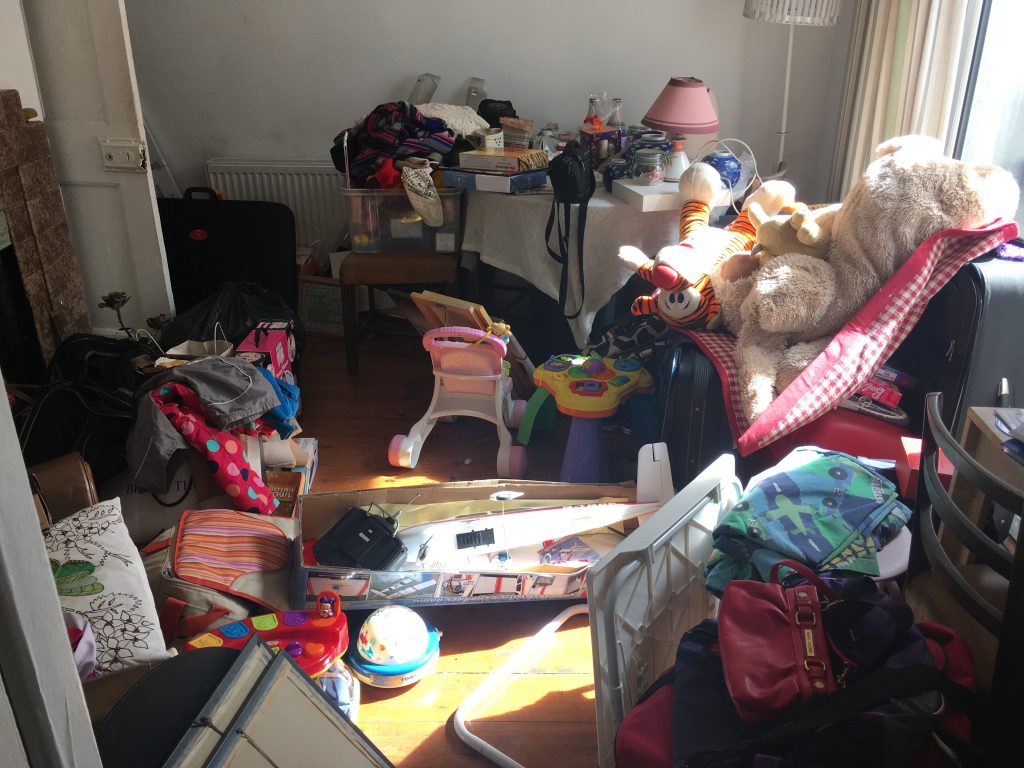 Just one of the three rooms of recycled goods we had to shift!

We came prepared for this one. About 3 weeks before the sale we started collecting all our coins in a jar. By the time the big day rolled around we had about €60 in €1 and €2 coins. Most sales were for €2 or €3 and people seemed to like paying in huge notes. Change was scarce there so it was good to be the stall with the change.

4. Bring some of these Best Sellers:

Things that didn’t sell as well: books, big things like a pram and a moses basket (sold them online after), house hold ornaments.

We spent a little time with baby wipes cleaning down every item. It took a while, but it was worth it as it helped things sell. Clothes need to be ironed and smell clean. We even brought all the teddies out to the garden to Febreeze them. 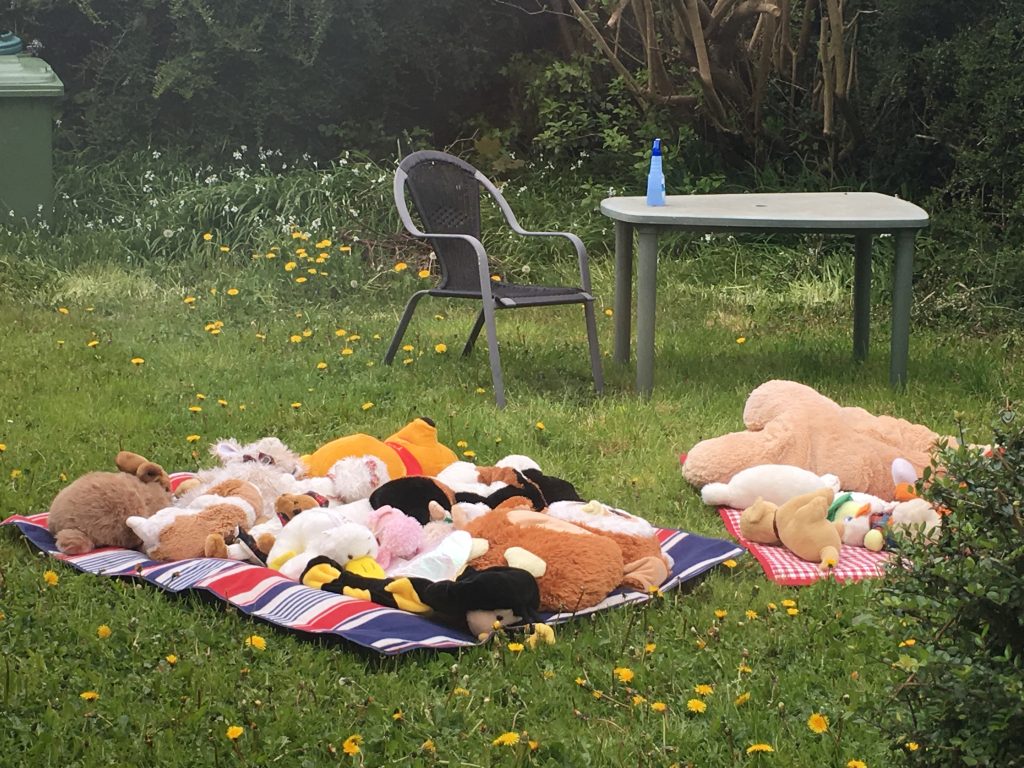 The cuddly toys getting an airing.

We’d been warned about people who are sellers at the same carboot sale, who’ll try come around a buy your things for half-nothing. Knowing we were beginners at carboot-ing we decided to stay in our cars until just before the public was allowed in. That way the so called ‘boot-divers’ had to go back to their own stalls and we were free to unpack in peace. Except we didn’t expect members of the public to be there at 7.30am when it opened! So we were only beginning to unpack when they arrived, but the first few buyers were too good at haggling for us anyway so we don’t mind that we missed some of them!

We didn’t do this, as we’d planned on postponing if the weather forecast was bad. It was meant to be good, so we didn’t bring a cover, and then we got a few light showers. In future, we’ll definitely be bringing a cover.

“I don’t suppose you’ve a bag?” was the most common query of the day. We started collecting a few weeks beforehand and arrived with bag full of bags, that were also full of bags. We still almost ran out. Our customers thought we were amazing for having bags and we ended up having some repeat custom that day!

9. Invest in a good table

We had half our items on a table, half on a mat on the ground. Most people ignored the mat as it was too low down for them. The things on the table sold much easier. The trick is trying to find a table that doesn’t take up too much space in the car on the way to the carboot sale. Our table took up most of a back seat. Next time we’ll aim for one that’s more compact.

We didn’t. Haggling is hard! We aimed too high, people just walked away. We aimed too low, we got a dig from my mother who told us we’d let the item go for nothing! We’ll try again next time. Being able to have a bit of banter with the customers is extremely important – not easy when you’re up since 3.30am! We might stay in bed an hour longer next time… 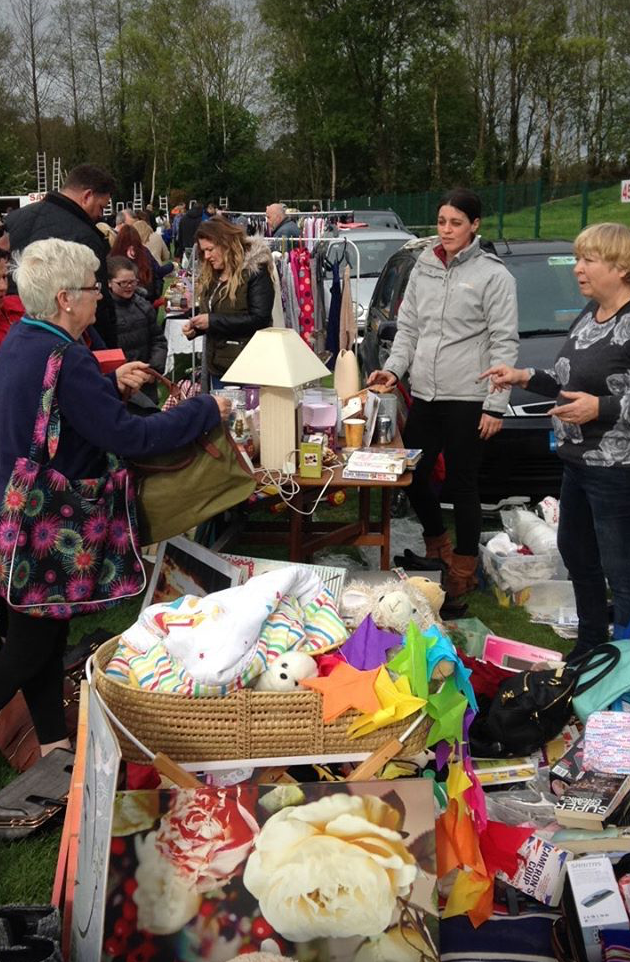 That moment when your stall starts to look like your bedroom…

The main thing is to make a plan – are you there to offload everything at a low price, or are you willing to wait and possibly bring things home. We began as the former but ran out of time and ended up bringing things home. That means we’ll be doing this all over again on the June bank holiday (and maybe August too if we’ve things left over). If anyone would like to do a spring/summer clean out we’d be more than happy to collect your clutter!

We’re extremely grateful to all the people who donated items for the last sale. If you think you can help out with the next one please let us know! We can collect (or you can drop) from Cork or Maynooth.

Follow us on Instagram to see how we get on in the next carboot sale! Below is a photo of some of the students we’re hoping to support. This was exam result day 2015. They were waiting for the results of Class 10 (similar to the Irish Junior Cert). Most were the first of their families to pass. They’ve spent the last two years studying for Class 12 and most hope to go on to 3rd level. Helping them succeed not only helps them, but gives the younger students someone to aim for, and shows parents the value of sending their children to school. 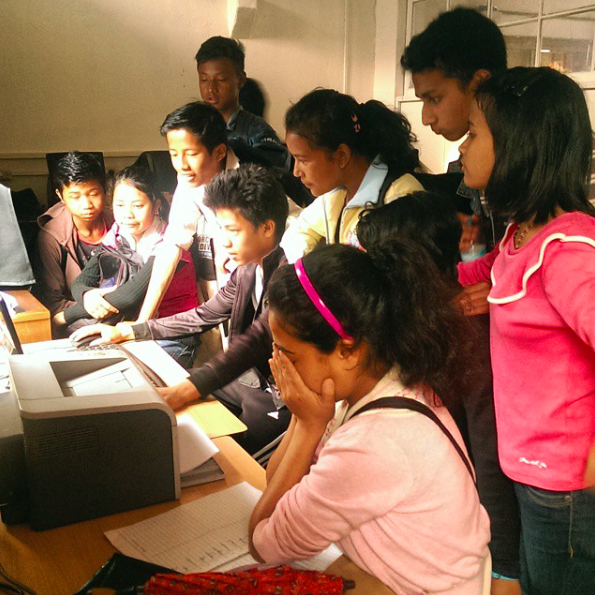